Powerful Debugging with the Postman Console

If you didn’t already know about the power of the Postman Console, then prepare yourself for debugging hyperdrive.

If at first you don’t succeed, console.log() everything.

The Postman Console was originally designed to help debug Postman Collections and API network calls. While we’ve made a number of improvements since that original release, the basic principle remains the same: The console is where you go to dig deep and debug issues when your API and API tests aren’t behaving the way you expect them to.

At first glance, we have what appears to be a modest console. What lies behind this unassuming console is the power to see what’s going on under the hood. In a matter of moments, you’ll see helpful messages and details about the HTTP calls you make from Postman for more visibility while debugging.

Every network call sent with Postman is logged in the console in both its raw and pretty form, replacing all the variables that you’ve used in the request. In the console, you can inspect headers, certificates, requests, and responses. You can even use the console to log messages. 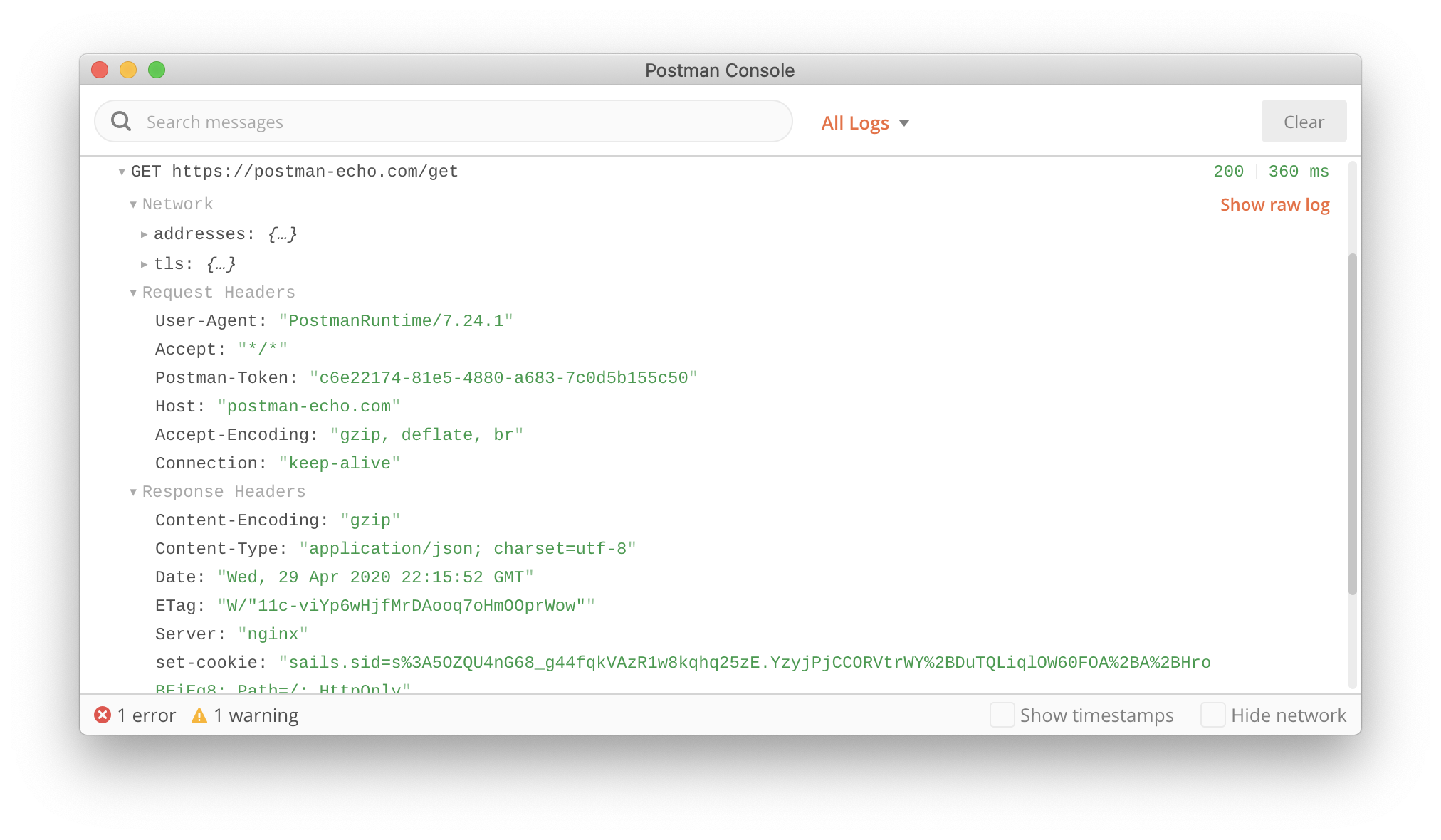 Besides info about your network calls, most web developers are familiar with the idea of using a console for closer inspection and to see when something happens.

When you send a request or run a collection of requests, your message will output to the Postman Console as a string or JavaScript object(s). If you’re familiar with the console.log() function in JavaScript, this is similar.

Here’s how the messages look in your console:

Whether you’re old friends with the Postman Console or a newcomer, here are some of the latest enhancements:

Go forth and debug

Keeping the console open while you work in Postman will increase the visibility of your network calls and logged messages. That way, you can track request executions, exceptions, and errors as they happen. These real-time insights can help you identify and fix errors quickly.

The power of this console is limited only by your imagination, and also the last 5,000 messages and 24 hours.

Level up your Postman game with our short YouTube video that explains how to use the Postman Console for more visibility while debugging in one minute:

Those who have been following Postman’s latest releases will know that we’ve been branching out from our roots in HTTP. Already, Postman…

3 Ways to Superpower Your API Debugging

In programming, debugging is the process of identifying and fixing an error in the code. For API consumers and producers, most of…

During a recent Postman livestream with the senior director of engineering at Mercari, Dr. Gleb Bahmutov, PhD, we wrote frontend and API…